If one speaks of the Chinese language, the Mandarin, the High Chinese, is usually meant. „Chinese“ is rather the collective term for all Chinese languages and dialects, including Cantonese, Hakka, Min and Xiang. Mandarin is considered one of the most difficult languages in the world, which is also due to the fact that it is divided into the written and the spoken. The written language consists of Chinese characters, which are very difficult for us to learn. Nevertheless, it is worth the effort to learn Chinese, as it is the most widely spoken language in the world. It allows you to interact with a variety of people in an increasingly global world.

The reasons for learning Chinese can be very different. It seems helpful for employees of internationally operating companies who are also based in China. But also students planning a semester abroad in China should at least take a crash course in Chinese.

Chinese language tests at a glance 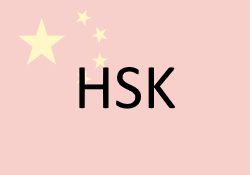 Chinese online courses at a glance